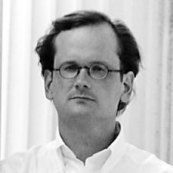 ‘Code is law’ is the famous phrase by Lawrence Lessig, the founder of Creative Commons, and one of the leading activists behind the Copyleft Movement. In an era when liberty is increasingly being mistaken with freedom from government, it must be understood that people, even in the seemingly free and democratic Cyberspace, are not really free.

From religion, to feudal lords to kings, every era of human liberty has faced an enemy of its liberty. A regulatory body. Post industrial revolution, the regulator and its role has become more and more complex. Unlike the early and middle ages, hatred has been replaced by indifference. So the victims of capitalism – the African slaves, the third world labors, the small scale farmers – are not victims of hatred. They are victims of indifference. Being a truly democratic setup (by, for and of the people) Cyberspace hails as a solution to the problem. But there is a good chance, it will join forces with the problem, if corrective steps are not taken in the right time. In the future, ‘code’, or the program written underneath an Information System, a Software or a website, will become ‘law’.

Let’s understand it this way. Internet, like every great invention, is only a tool. Information Technology essentially eliminates the middleman, thereby bringing transparency, accountability and setting the processes right. Process bound together become systems, and systems brought together become organizations. So the ‘ITfication’ of an organization, essentially affects its processes too. A computer in an office does not only mean the addition of an AC and a better skilled employee, it also transcends into deeper changes the organization undergoes – in its financial processes, privacy, communication, what is being monitored, who sees what, etc.

When Karl Marx pointed out the three ways in which Capitalism will continue to grow until it crumbles in its own weight, he missed a very critical aspect – ‘technology’. Since the Industrial revolution, alongside new markets, stretched labor and advertisements, one of the greatest cards played by the Capitalist system is ‘continuous technological innovations’. Huge corporations are investing heavily in RnD to take the lead; and filing Patents and Copyrights to monopolize the market. This has not only changed modern markets, but has crept into our social structure as well. Capitalists inherently seek minimum government interference. Even a left liberal contributor to the cyberspace today essentially believes in keeping the government out. Even if the government steps aside, the cyberspace continues to get increasingly governed by big corporations – this is exactly what many fail to realize. The solution lies in more Copyleft, more Creative Commons based data; and greater use of Free and Open Source Software. Its time we free the Internet.

This entry was posted in Culture, Politics, Technology. Bookmark the permalink.

5 responses to “Code is law”