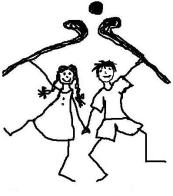 Hockey in India has a far richer legacy than cricket. We won the last of our eight Olympic gold medals at the Moscow in 1980. Over the years, the sport in India has fallen down to levels the greats wouldn’t have even imagined. We failed to qualify for the Beijing Games in 2008 and finished last this year in London. With Hockey India League (HIL), starting next month, all is not lost yet.

HIL heavily borrows from the IPL format of Cricket. India has seen franchise-based hockey tournaments in the past as well, which turned out to be unsuccessful. However, with the official status of the HIL, the involvement of rich team owners, a line-up of global stars and the best coaches and backroom staff, and players getting auctioned at rates as high as $78,000, things may finally fall into place for India. With many hockey players from across the world (including Pakistan) participating in the phenomenon, the success of HIL can finally uplift the state of hockey in the subcontinent.

It is beyond doubt that a league is only as good as its players. We have hit the bulls-eye by signing most of the big names of world hockey. If we take the example of cricket, Indian Premier League is bigger than Bangladesh Premier League or Sri Lanka Premier League simply because of the players involved. Leave out the downside, IPL has nourished local talent more than any other tournament has done to cricket in India. We wish the same happens in the field of hockey with HIL rolling. Looking forward to see a day when hockey is played and celebrated in schools across the nation and children dream of becoming the next Dhyan Chand, the next Kishan Lal. Looking forward to see the day when Hockey proves itself to be the real national game of India, and not just for the namesake.

This entry was posted in Sports. Bookmark the permalink.