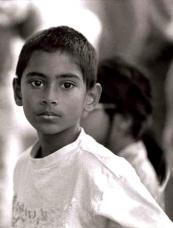 In the land of diverse and rich linguistic and literary traditions, it is shameful that so many middle and upper class children speak only English. It is even more shameful that so many rural, suburban and working class children do not have access to a decent education in English. With growing inter-caste marriages, and shifting of the colonial whip to the Americans, the need to learn English among Indians has only grown. Under these circumstances, preserving one’s culture is a big concern.

The debate of English is not new. Mr. M K Gandhi believed that Indian parents who train their children to think and talk in English from their infancy betray their children and their country. They deprive the children of the spiritual and social heritage of the nation, and render them to that extent unfit for the service of the country. Tagore counter-argued that Indians could glory in the illumination of lamps lit in languages and cultures other than their own. Post Independence, Rammanohar Lohia, launched and led an ‘Angrezi Hatao’ andolan, a movement to banish English from India. Lohia was answered in turn by Tamil intellectuals like E V Ramaswami ‘Periyar’ and C Rajagopalachari, who feared that in the absence of English, Hindi-speakers would exercise a sort of colonialist dominance over India. To the argument that English is a foreign and imperialist language, Rajaji answered that since goddess Saraswati had given birth to all the languages of humankind, we should claim English as our own.

Even today, while many intellectuals support the idea that English education should take a back seat and that the regional language should be given more importance, there are Dalit movements which suggest that promotion of regional languages is an upper-class ploy to keep them away from the fruits of modern learning. They say that once the Brahmins had denied them access to Sanskrit. Now, the descendants of those Brahmins wish to deny the Dalits access to the modern language of power and privilege – English. In a nutshell, whether one approves of it or not, the rush to learn English has become unstoppable in India. Under these circumstances, it becomes the responsibility of the newer generation to embrace both their regional language and English. Elimination of one culture to make room for another is never the key. The solution lies in encouraging bilingualism among people.

This entry was posted in Culture, Education. Bookmark the permalink.

One response to “The English debate”