The intention of Ikiru 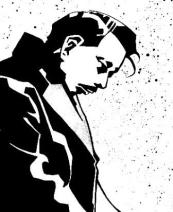 Beyond the legendary samurai tales, if Kurosawa is remembered for one film, it is Ikiru. The genesis of this film, in Kurosawa’s own words, was in his meditations upon death. While the philosophical intent of the film is elaborately discussed, Kurosawa made this film for another practical reason– to create a vivid and realistic picture of contemporary Japan. This idea was conceived immediately after Rashomon’s critical success.

Post Rashomon, I believe, Kurosawa wanted to make a film that showed his country as it is, and yet preserved his favourite theme- the problem of identity, the problem of existence. The bureaucratic problems of post war Japan has perhaps never been exposed like this. Therefore, Ikiru not just depict a strong moral sentiment, it also makes a strong social statement. This is exactly the reason why this film can safely be deemed as a masterpiece!

If you observe early works of Kurosawa, you’ll find his films subscribing to one of the two broad scheme of intentions. The first, where he says that social endeavor is the answer to the problem of human identity. The second is where he knows perfectly well, that it is not. While Scandal, Record of a Living Being and The Bad Sleep Well are films belonging to the first category, Rashomon, The Lower Depths and High and Low belong to the second. In this film, one can claim safely, that the two themes of Kurosawa films converge like never before. More than a cinematic masterpiece, I guess this film, must be remembered, as it marks a milestone in Kurosawa’s personal and philosophical quest of identity!

This entry was posted in Film, Philosophy. Bookmark the permalink.

One response to “The intention of Ikiru”