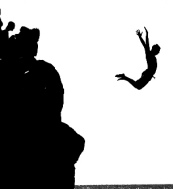 More than GDP, it is the scientific research and innovation that sets apart great nations from the mediocre ones. Why has India not produced outstanding scientists and discoveries that make the world take notice? All debates about poor scientific research in India boil down to the deficiencies of our educational system and lack of funds. But, I believe that the problem is much deeper than this.

A country’s culture, belief systems, values and attitude plays a significant role in determining the quality of its scientific research. Asian societies fundamentally believe in the collective good of society over individual happiness and achievements. Both India and China, were once advanced nations before foreign colonialists drained our resources and cut the umbilical cord of our scientific tradition. Societies tend to become conservative and defensive when subjected to colonial exploitation for long. ‘Fear of failure’ creeps deep into the society. Citizens look up to the state for guidance, leadership and direction. The burning individual ambition to excel and achieve takes a back seat. Parents pass on their passivity and uncritical attitudes to children. The educational system becomes a master-slave bond.

Such is not the case in most of Europe and the USA, where, individuals try to achieve their potential through their own efforts, aided and facilitated by enabling laws and institutions. They have had a free and questioning mindset that takes nothing for granted and constantly challenges conventional wisdom. Children are encouraged to push the frontiers of knowledge by self-examination and open-minded inquiry. It is high time we collectively find our long lost glory of scientific and technological leadership. Once Scientific research and innovation takes off, GDP and prosperity will follow.

This entry was posted in Culture, Education, Technology. Bookmark the permalink.