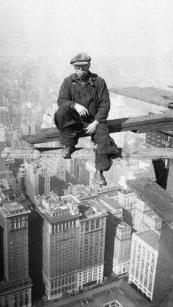 NREGA is a social security measure that aims to ensure livelihood security in rural areas by providing at least 100 days of guaranteed employment in a financial year to every household whose adult members volunteer to do unskilled manual work. Started in 2006, for many years, the annual budget allocated to the scheme was frozen around Rs 33,000 crore. States projected an estimated 278 crore person-days of work for this year, which would amount to an estimated cost of Rs 66,000 crore. Even as the Ministry of Rural Development accepted this figure, the budget allocation was increased to Rs 34,000 crore for this financial year.

It is quite evident that subsequent budgets have stripped NREGA to its bones without even adjusting it to inflation. Compare this to the figures written off for the corporates, which amounts to a total of Rs 5,72,923 crore. According to P Sainath, this number is close to three times the amount said to have been lost in the 2G scam. About four times what the oil marketing companies claim to have lost in so-called “under-recoveries” in 2012-13. Almost five times what this year’s budget earmarks for the public distribution system. And over fifteen times what’s been allocated for the NREGA. In fact, the Karza Maafi for the corporates over the past 9 years – which amounts to a whooping Rs 36.5 trillion – could have been used to fund NREGA for 105 years or PDS for 31 years. NREGA had benefited 8.2 crore workers in 2011. The numbers, due to budget cuts has gone down to 4.81 crore workers in the previous financial year. India Inc., on the other hand, employs close to 80 lakh Indians.

There is a huge criticism that welfare schemes like NREGA and PDS make the working classes lazy. Conservatives across the world have often claimed the same. From Margaret Thatcher to Ronald Reagan, the most powerful of conservative leaders have used this argument to cut budget allocated to labourers and farmers and increase corporate subsidies. The outcry in India against the workers being benefited is no different. It is true that welfare makes people ‘less desperate’ to work. A person who can get guaranteed employment and food at subsidised rates is going to be a lot less desperate than someone who doesn’t. However, both people may still be quite desperate – because subsidised food does not make you rich. If anything, it fills your stomach and feeds your family. For a country with the highest levels of malnutrition – where Tuberculosis claims over 4.5 lakh lives every year, diarrhoea claims 15 lakh infants every year – feeding the poor being criticised by those with filled stomach is nothing but hypocrisy.

The best way to measure whether the workers and unemployed are behaving lazily is by examining the ratio of job seekers to job openings. If the problem is that the beneficiaries are slacking off work to enjoy the fruits of government welfare, we would expect to see a shortage of labour in the economy. I spoke to a few labourers and contractors in and around my locality. The common trend is that labourers have to wait for days together before they get contracts to work on. In USA, where statistics are more easily available, there are 3 candidates available per job. Considering India’s population and socio economic needs, it does not take rocket science to conclude that our situation is much worse, if anything. Such is the need, that children are forced to work. Labour immigration to the gulf has increased over the past 8 years. The inhumane working conditions in the gulf nations are well known. I don’t dispute that cutting welfare wouldn’t make workers more desperate. But that is not the same as creating more jobs. If anything, NREGA needs better implementation and infrastructure. More than being a tactic to fill vote banks, it should reach out to the real needy in a greater way. Cutting budget is certainly not a step forward.

This class divide in India is not just an economic problem. It lies within us. A judgemental rich is considered a keen observer. A judgemental worker is considered unfit for his work and most often – hated. A rich who questions everything is seen to have leadership qualities. A labourer who questions is most likely to loose his job. The incentive for the rich to work is love for his work, fulfilment of his interests and spiritual needs, value for his work, growth and opportunity. The incentive for the labourer to work is that they should not die of hunger?! What kind of equality is this? If you and I can seek a balance between work and leisure, then why should the labour be treated any differently? If you believe that hunger, and not the work in itself should be a poor man’s motivation for work, then yes, NREGA does make people lazy. And I am glad it does.

This entry was posted in Economy. Bookmark the permalink.