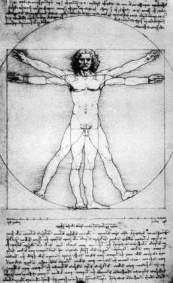 From Galileo to Einstein, scientists who have questioned the popular thinking, have faced the wrath of the establishment. It is also interesting to note that wars have had a tendency to accelerate the process of scientific inventions. May it be the atomic power, or computers, wars have been the reason behind the great leaps in technology. The point is – society and science are inseparable. While philosophers of the past have tried to build bridges between the two, the complexities of modern science seldom allow to so. The gap between science and philosophy is growing fast.

According to Marxism, science and society (or history in a certain sense) follow the dialectic principles. The concept of dialectics is extremely interesting. It is the art of arriving at the truth by the exchange of logical arguments. Dialectics is believed to have originated in ancient Greece and made popular by Plato and Socrates. The roots of dialectics can, however, be seen everywhere – from the conversation between Arjuna and Krishna in Bhagawat Gita, or the famous Buddhist thinker Vasubandhu, who lived during the Gupta rule; or the Rig Veda which says that the two complements – purusha and the prakriti – following the dialectic principles, bring everything into existence.

Marxism is based on the dialectics between the civil and the political society. Marxist Dialectical materialism proposes that every economic order grows to a state of maximum efficiency, while simultaneously developing internal contradictions and weaknesses that contribute to its systemic decay. It goes a step further and rightly advocates dialectic between science and philosophy. Each scientific discipline – relativity, quantum mechanics, genetics – challenges the philosophy of its times. In each case, philosophical framework has to undergo change and reconstitute itself with this new knowledge. In the Marxist framework, scientific laws ‘reflect’ the objective material reality outside us and also build relations between its various parts. Science and scientific knowledge are historically produced. Technology largely depends on the state of science, and science depends far more still on the state and the requirements of technique. Social needs drive science, and therefore inventions. It is the time in history and state of society that determine what set of problems are solvable within the science and technology of that age.

The idea of looking at science and society through the dialectic lens rose to prominence in 1931, when a team of Soviet scholars lead by Bukharin presented this view to the Second International Congress of the History of Science and Technology in London. Boris Hessen’s seminal work on Newton, ‘The Social and Economic Roots of Newton’s Principia’ was also an analysis of the genesis and development of Newton’s work in connection with the period in which he lived and worked. However, with the failure of several communist states across the world, and with the rise of capitalism, the scientific aspects of Marxism are fast loosing their value. Science is seen aloof from the society and philosophy has lost its value. This is unfortunate.

This entry was posted in Philosophy, Technology. Bookmark the permalink.