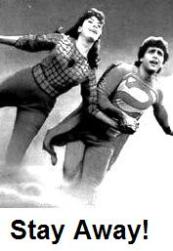 Recent film stars who joined politics have been a disgrace to the parliamentary system. Govinda was renowned for not attending any parliamentary session and being inaccessible by his people. Dharmendra and Vinod Khanna hardly attended parliamentary sessions. If they are so mighty and busy, why did they contest elections in the first place? We are sick and tired of parties roping in pretty faces to attract votes. Film stars who turn out to be worthless politicians, must be held accountable by the people who elect them.

In the south things were once better. Actually, film stars turning to politics is a South Indian phenomenon, more specifically a Tamil phenomenon. The reasons are historical. The pioneer of the Dravida movement, C N Annadurai, being the most brilliant film writer of his time, ensured that Tamil cinema becomes a political movement. The Dravidian assertion over Brahmins did not develop in other South Indian states as intensively as it did in Tamil Nadu. Something else happened in Andhra when Rajiv Gandhi, publicly humiliated the then chief minister of the state, T. Anjaiah. Neither Anjaiah nor the Congress party was in a position to do anything about it. N.T Rama Rao rose to the occasion and rode to power on the plank of Telugu Gaurava.

But the recent disjoint of cinema from reality in India has left a brigade of film stars who neither have the ideological platform nor the intellect to become great statesmen. Today’s wannabe netas like Rajnikant, Chiranjivi and ‘Black MGR’ Vijayakanth seriously lack the wits and ideology that MGR or NTR once possessed. Aamir Khan seems to have the wits and intent, but lacks ideology. I seriously wonder, if at all he joins politics, and if at all he gets elected, what if he lacks the patience to attend the long unwinding sessions, make notes of proceedings and draw development for the his constituency out of it. That’s a ‘big if’. After-all, he is notorious for being absent. Parliament is meant to be an equal playground. Attention hungry film stars should simply stay away.

This entry was posted in Film, Politics. Bookmark the permalink.