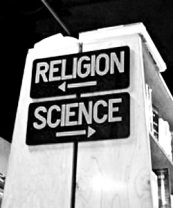 As science is getting bigger, a small particle is becoming big news. Scientists claim that they are very close to the discovery of the fabled Higgs Boson (or as some say, God particle). Their experiments at the Large Hadron Collider near Geneva is boiling down on the particle believed to be the fabric of the universe. Well, a great part of this can be attributed to Satyendra Nath Bose, the man after whom Boson was named!

So what’s the big deal? In Layman’s terms, this discovery would explain how tiny elementary particles gain mass, and perhaps, point to the origins of the universe. Finding the Higgs Boson would bring us closer to a understanding of the fundamental processes that govern physical existence. Finding the particle would be groundbreaking. For the records, I will prefer calling it Higgs Boson. The first and foremost reason is obviously, I believe Bose must get the due acknowledgement for his work. Secondly, the term ‘God Particle’ was coined more for marketing reasons than scientific. The name was coined by Leon Lederman, a Nobel-Prize-winning physicist, for the title of a book- ‘The God Particle: If The Universe Is The Answer, What Is The Question?’ Well, it indeed is easier to sell God than Bose 🙂

Anyways, it is an interesting phase in the history of particle physics as well as religion. The God Particle has raised eyebrows of both scientific and religious groups. While many scientists feel the name is inappropriate, many religious groups feel that this discovery will eventually challenge the existence of God. I have a strong feeling that the discovery of Higgs Boson will transform the world, just like each new understanding of God did. It will be interesting for us, to see how all of this unfolds.

This entry was posted in Nature, Philosophy, Technology. Bookmark the permalink.