On June 13, 2011, the day after Baba Ramdev broke his 9 days fast under media arc lights, another sage, admitted in the same Himalayan hospital in Dehradun, Swami Nigamananda passed away. He was on a fast since February 19th, to save river Ganga from illegal sand mining and stone-crushing in Uttarakhand. Ironically, the court judgment on the cause for which he had been fighting came too late, when he had already slipped into a coma. His worst nightmares came true in the form of flash floods, exactly 2 years after his death. END_OF_DOCUMENT_TOKEN_TO_BE_REPLACED

The Chotanagpur region is the adivasi dominated plateau in eastern India, which covers much of Jharkhand as well as adjacent parts of Odisha, West Bengal, Bihar and Chhattisgarh. Almost one hundred years before India’s First War of Independence (1857), the adivasi tribals of the Chotanagpur plateau region had declared war against the British colonial rule in the area. The first ever revolt in India, against the exploitative landlords and the British government happened in this region. END_OF_DOCUMENT_TOKEN_TO_BE_REPLACED 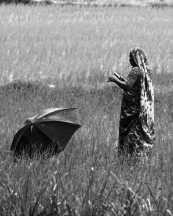 One of the many reasons that make the farming community different from others, is the rules that govern them. Farmers know that when the rains start they have to sow the seeds. Rice seedlings transplanted in the absence of rain will die, and no amount of argument will bring the rains sooner. The rules that govern them are absolute, and in most case, in harmony with nature. They are different from the daily protocols or the moral values which we live by. END_OF_DOCUMENT_TOKEN_TO_BE_REPLACED

When the people of Jharkhand fought for a separate state, their goal was liberty and greater control on their lives. But ironically, the formation of Jharkhand has, over the years, given greater control to their oppressors and consolidated the hold of corrupt politicians, industrialists and contractors on the masses. It is even more unfortunate that the leaders who were at the forefront of the liberation movement have turned into oppressors. END_OF_DOCUMENT_TOKEN_TO_BE_REPLACED 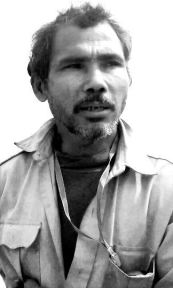 Rural India is filled with examples where one man’s vision and hard-work have accomplished seemingly impossible dreams. May it be Dashrath Manjhi of Gaya who single-handedly carved out a 110 meters long tunnel through a hill working day and night for 22 years; or Armstrong Pame, a young IAS officer from Manipur who is set out to build a 100 km long road. While tunnels and roads are man made, here is one man who single handedly converted a sandbar into a 1,360 acre dense forest, working day and night for 30 years – Jadav ‘Mulai’ Payeng from Jorhat, Assam. END_OF_DOCUMENT_TOKEN_TO_BE_REPLACED