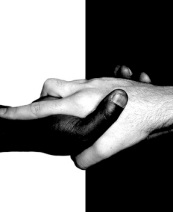 There is a proverb in Hindi, which translates to ‘knowledge spreads when shared’. Well, isn’t every culture a closed set of knowledge with its language, music, folk tales and values? Moreover, since cultures survive through ages, they go through a lot of trial and error conditioning. Mathematically speaking, cultures have a good amount of empirical backing. Cultures grow, by opening themselves up. Cultures evolve. And evolution seeks survival of the fittest.

Latin made way for Spanish, French & Italian. Germanic for German & English. Sanskrit’s legacy is equally glorious. In a nutshell – cultures are bigger than its protectors, and their evolution is an extremely complex process. Cultures needs to be protected by opening themselves up, and not how a goalkeeper protects his post.

Fundamentalists (of all types) tend to believe that cultures, or ideologies, are closed concepts. They aggravate when people question their beliefs. ‘Normal people’, on the other hand, follow their natural instincts, shift from one domain to the other, and, in the process of learning, facilitate involuntary knowledge sharing. Even liberals fall prey to the unnecessary rush to protect ones culture. There was a huge outcry on the learning of English in India during the 60’s. The leftist government in Bengal, in order to avoid imperialist invasion through language, deprived a whole generation of English. They realized their mistake, and an entire generation suffered. Without English, the young in Bengal lost access to higher education, and better employment opportunities.

Similarly, discouraging inter-caste and inter-religion marriages on grounds of ‘protecting one’s culture’ is ridiculous at multiple levels. It is like Bangla submitting itself to English and accepting defeat. When two cultures meet, it is a win-win situation for both. Remember the great cultural reform of Bengal happened due to the heavy collaboration between Bengali and the British. Cultures don’t compete. They collaborate. Competition is a relatively new concept. It’s a byproduct of modernity – where the natural selection process of evolution is distorted and made mockery of. Cultures are powerful entities, and automatically gain from disorder. The very fact that they have survived longer than their protectors is a testament for that.

This entry was posted in Culture, Philosophy. Bookmark the permalink.

2 responses to “Culture and fundamentalism”