A patch of old snow 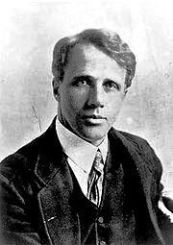 There’s a patch of old snow in a corner
That I should have guessed
Was a blow-away paper the rain
Had brought to rest.
It is speckled with grime as if
Small print overspread it,
The news of a day I’ve forgotten —
If I ever read it.
-Robert Frost

I have always been a fan of short poems. And what better defines the way how short poems are meant to be? This is one of the most unique poems by Frost- showing all his usual genius at capturing a scene in a few, well-chosen words. There is a wonderful overlay of images which deals with nature and people, past and present. Notice the use the word ‘corner’ in the beginning which instantly secluded the reader from the passage of time, civilization and nature. Here, Frost uses his wonderful ability to pack layers of imagery into a few chosen words.

A common pattern in Frost’s poems is a factor which shows the passing of time. This poem breaks this pattern and instead, has a subtle interplay of time and stillness, which creates an effect exactly opposite to his other masterpiece- ‘Stopping by the Woods’, where there is a constant reminder of passing time. Here time, in the shape of the old newspaper, fails to assert itself upon the speaker’s consciousness. A wonderful poem from the timeless genius.

This entry was posted in Nature, Philosophy. Bookmark the permalink.