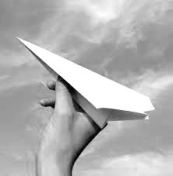 The king of good times, the booze baron, the airline ace, the racing raja, party pasha, calendar czar, super showman, the once Janata Party president, and yes, the honorary doctorate in business administration from South California University- Dr. Vijay Mallya, is in trouble again. He is having trouble flying, for the 2nd time in last four months.

Kingfisher flights have been cancelled without the passengers being told in advance. Their employees haven’t been paid for months, the airline owes heavy money to the oil companies and airports, the airline’s bank accounts have been frozen, and there is no food on flights due to ‘technical reasons’. Their balance sheets are bleeding! Kingfisher has already declared losses of 444 crores in the third quarter of this year– up from 254 crores last year. Kingfisher’s current debt is close to 1.3 billion dollars.

However, shutting down of Kingfisher airlines is definitely not in the national interest. I may ideologically differ from Mallya, but I do admire him for the way he has stood against bailing out the airline. Any other industrialist of this country would have succumbed to such losses. As someone who believes in the free market, he is ostensibly against it. He wants the government to tweak its civil aviation policy. Let’s not forget how Mallya established his low-cost airlines by building on Captain Gopinath’s dreams. Kingfisher’s contribution to the aviation industry in India is immense. Government taxing the aviation sector heavily without creating alternatives or facilitating growth, is not going to take the aviation sector anywhere.

This entry was posted in Economy. Bookmark the permalink.