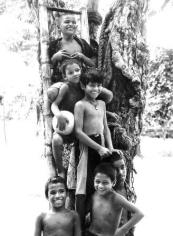 If I were to recommend films for children’s viewing, 8 out of 10 films would be from Iran. Iranian cinema is known for its childlike innocence, moral values, rural beauty and poetic elegance. It is entirely different from the western media’s portrayal of post-revolution Iran, which paints a picture of war, repressive mullahs and fundamentalists. Propagandists still argue that the paradox is a direct consequence of the censorship there. The larger picture, however, is much more complex and interesting.

Although cinema began in Iran long ago, the country’s art cinema was born in 1962, literally from a woman’s womb. A short documentary House is Black, about a leprosy colony was made by a feminist poetess Forough Farrokhzad. This tradition of making wonderfully compassionate films displaying humanist qualities of the Persian civilization was taken ahead by Dariush Mehrjui in his film The Cow (1969), a film about a rural villager who is so obsessed with his cow that on hearing of the animal’s death he adopts its identity. Dark, metaphoric and political – it was an amazing depiction of rural poverty in a society where the Shah’s ruling class enjoyed all the fruits of economic growth.

The growth of the country’s art cinema was attacked greatly by the huge numbers of Hollywood films the shah imported and screened in the name of modernization. Local cinema, with no market, suffered. Post revolution, Khomeini mentioned cinema in his first speech. Cinema was no longer a western phenomenon, but an education on social values. He understood the potential of cinema as a powerful ideological tool, and ensued strict censorship. Filmmakers were compelled to keep sex and politics away from cinema due to Khomeini’s ‘cultural revolution’. Iranian cinema’s revival was so slow that some even pronounced its death.

Strangely, it was within these difficult conditions that art cinema began to re-emerge, even more powerful than before. Filmmakers like Abbas Kiarostami, Majid Majidi and Bahman Ghobdi started making films with children in leading roles, positioning them to fill the space to avoid such restrictions. Kiarostami’s Where Is My Friend’s Home? (1987); Majidi’s Baduk (1992), Children of Heaven (1997), Baran (2001), Songs of Sparrows (2008); and Ghobadi’s A Time for Drunken Horses (2000) Turtles Can Fly (2004) were fitting examples, which encompassed many qualities of cinema, new and old.

The benefit of using children lied in the fact that they could have exaggerated emotions without being clichéd as melodrama. No one questioned the dark sarcasm behind child’s laughter on seeing something socially ridiculous. The emotions behind a child’s anger or pain associated with the viewers immediately. Iran’s natural beauty and cultural depictions through children added further value. The films broke certain conventions and added a degree of social critique. For example, the role of the family was often represented in these films as a place of tension and conflict, arising from the surrounding social and economic circumstances. Children and their everyday struggles became the defining feature of Iranian cinema. These films were not a direct result of the censorship, but a silent roundabout for powerful social commentaries.

In 20 years, Iran’s film industry has flourished beyond expectations, keeping the land’s finest artistic traditions intact. Along with China, Iran has been lauded as one of the best creators of cinema since 1990. Some critics now rank Iran as the world’s most important national cinema, artistically, with a significance that invites comparison to Italian neorealism, French new wave and similar cinematic movements of the past. May it be their economic struggles, the atrocities of war, the plight of Kurds or the hypocrisy of American liberation – these children from heaven have become the greatest messengers.

This entry was posted in Culture, Film. Bookmark the permalink.

3 responses to “Kids of Persia”