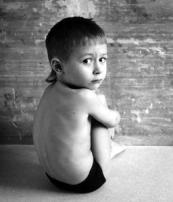 More than half of the children of India who are under four years of age face a debilitating future because of malnutrition. Over 60 per cent of Indian women, irrespective of class, are anemic. In 50 per cent of the 2.1 million annual deaths of children under five years of age, the underlying cause is malnutrition. And then we have inflation. I often wonder where have we gone wrong? What’s the way out?

Even a child can tell that increasing food prices will impact the income of many, and lead to decreasing food consumption. This will reduce key nutrient intake by children during the first 1000 days of their lives. This will in turn lead to a permanent reduction of their future learning capacity and an increased likelihood of future poverty, with negative impact on the entire economy and more importantly – the society as a whole.

According to the Global Hunger Index published in 2011 by the International Food Policy Research Institute (IFPRI) – India’s food security situation is alarming! India was placed at 67th rank – lower than Rwanda, Pakistan, Nepal and Sudan – in the list of 81 countries. According to the report, India is among the countries with the least improvement in the last ten years. In contrast China, Iran and Brazil are the countries which have halved their scores over the last decade.

The failure of Indian agriculture policy is the key factor behind this graving crisis. Policies are moving away from supporting the production of food crops to promoting cash crops. Policies are moving away from support of a self-supporting food industry towards the evolution of a system that supports only micro-nutrients through laboratory produced packaged food. All of this is accompanied by the lack of a strong commitment from the government to implement basic social protection measures for small farmers and poor consumers.

India’s development policies are increasingly being focused on exploitation of natural resources such as minerals, forests and rivers on an industrial scale. This is pushing communities into poverty, turning them into ecological refugees and urban migrants who are vulnerable to malnutrition. Leave alone the private sector, government’s development projects alone have displaced at least 1.6 million people in just 4 states. While other developing countries have quickly learnt the right lessons and rectified their policy failings, India continues to dream-walk as the wannabe greatest country of the world. The earlier we wake up, the better it is.

This entry was posted in Economy, Nature. Bookmark the permalink.

2 responses to “A hungry future?”