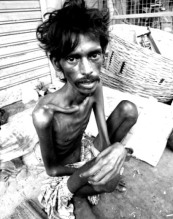 There is no doubt that India has been of invaluable use to our beloved International Minister of Cricket. But of what use has our Agricultural Minister been to India? His Wikipedia page is half filled with controversies, criticism and corruption allegations. When the food security bill was introduced, he outrightly said that free distribution of grains to the poor was not an implementable idea. Of course he can’t because, among other things, he won’t.

Interestingly, no one asked for free distribution of grains anyway. The proposition was that free distribution is better than free rotting. To ignore the rotting situation and dwell on the economic philosophy of free distribution has always been a way to keep Indians away from asking the real questions. But the reality is worse than what we might innocently presume. The rotting, most of us thought, took place because of inefficiency leading to lack of storage space and lack of transportation. But the story is actually something else.

The unseen operators of some of our ministers are very efficient. They allow the rotting because it is beneficial to them. To put it simply, this is another story of corruption in India. Substantial grain storage space the government had rented earlier was returned to the property owners five-six years ago, interestingly, on the advice of an MNC consultant. Now there is a proposal to rent space again. Naturally the rents will be double or triple what they were six years ago. Large property owners and the middlemen across the country will benefit from this. They will never be held accountable for the lives of people who starve to death everyday in India. After all, we love to blame the faceless system and then switch channels and watch IPL.

What is more Interesting, is the fact that babus can make money from decaying wheat which is an ingredient liquor companies need. So a tie-up with breweries is a definite way to get rich. Tie-ups with big grain merchants also yield them benefits because thousands of tons of grain going bad means higher prices in the market. And to top it all, we are now slowly introducing FDI in retail, which will mean giving away our food supply chain to our beloved MNCs, who will aim at profit and just that! And therefore wheat will continue to rot, cotton will go up in flames and farmers will continue committing suicide, while we sit and stare elsewhere, indifferently. Well, let’s at-least have the guts to admit it for once.

Food in India rots because ‘our’ intellects, willpower and hearts have rotten.

One response to “What’s rotten?”