The composition of Sanjuro 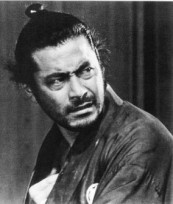 Sanjuro is often considered a sequel to Yojimbo. It was released immediately after Yojimbo. Mifune’s name again is Sanjuro, the characterization and mannerisms are almost similar in both films, at-least on the superficial level. Both films have Nakadai playing the central villain’s role. The scene is redundant in both films, where Mifune looks outside and declares his name after what he sees!

While Yojimbo is made to please the youngsters, Sanjuro was generally loved by the adults in Japan. It is primarily because of the location and setup. While Yojimbo is set in plains, where one can feel the whirling dust, the wind, the intensity. Sanjuro on the other hand, is set in a castle city.

Sanjuro is full of grand Tokugawa architecture, splendid rooms and royal gardens. Just like the rectangular city in Yojimbo, and the maps in Seven Samurai, The Hidden Fortress, Stray Dog and High and Low, here in Sanjuro, the two adjoining gardens, connected by a stream, come alive, to give the viewers a sense of being present in the film. Streams are known to carry message in Japanese literature, a scene drawn directly from ordinary Japanese period drama- a great parody of jidai-geki nailed by Kurosawa!

This entry was posted in Film. Bookmark the permalink.