Whose crime is it anyway? 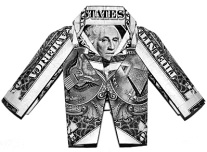 Off-late, we have literally hated our politicians and bureaucrats for recent corruption and scams India has suffered from. While debating public sectors, NGOs, to accept huge bribes and are dishonest, did we for once ask ourselves one simple question- “Who pays these bribes?” Well, it is the corporates! Why shouldn’t then, corporates not be covered under Lokpal?

What is the reward for a corporate’s honesty? Just the quiet satisfaction of being honest is not enough for a corporate. We need a system that assures them that they will not be losing out on opportunities or profits for being honest. This will enhance the compliance rate and will help honest corporates keep a check on corrupt practices within corporates and the government. This is the main reason, why in-spite of having the Prevention of Corruption Act in place, we need Lokpal to cover this aspect as well.

Many countries have provisions that keep a check on corruption in many forms. Post-Watergate, the US enforced the Foreign Corrupt Practices Act, which has an important provision that applies to American firms and individuals who are involved in corrupt practices outside the US.

I am not generalizing it. But many Corporates are directly involved in corruption in various ways. Corporates have tremendous interests in all issues involving money and allotment of natural resources like land, mines, spectrum etc. Corporates have been involved in collusive corruption, like in the mining scam in Andhra Pradesh and Karnataka and 2G scam. Once government officials are covered by the Lokpal, the collusive corruption involving corporates will automatically be covered. Let them know that once the Lokpal is in place, things will change and bribe-giving corporates will not be acceptable.

Let’s not forget what Noam Chomsky had once said- “If we choose, we can live in a world of comforting illusion!”