If is often said that Tagore was anti-Gandhi and non-patriotic. Who hasn’t received spam mails on the Jana Gana Mana controversy? Well, if Tagore was non-patriotic, he would have never returned his knighthood. Let’s understand how and where, Tagore differed from Gandhi. END_OF_DOCUMENT_TOKEN_TO_BE_REPLACED

Disha, a project by Sankalp, runs a Centralized Blood Stock Information and Management System. It offers a single helpline for all blood requests. Any person searching for blood needs to dial just a single number to find out the closest place where safe blood is available. END_OF_DOCUMENT_TOKEN_TO_BE_REPLACED

Indians that are too ‘cool’ for school

Hope of having a free and liberal society has turned into cynicism, while a cool generation (of mean, selfish, bitchy, reckless, vulgar, obnoxious and profane dudes and divas) awakens! Read my latest article on the NRI.

Every night has its day 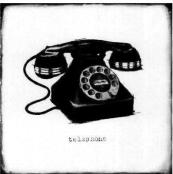 The Ministry for Communications and IT has recently released the draft copy of the National Telecommunication Policy 2011. This policy will ensure that there is a separate spectrum Act on spectrum sharing, pooling, even trading. These policies will eventually shape the Telecom landscape of the country for years to come. END_OF_DOCUMENT_TOKEN_TO_BE_REPLACED 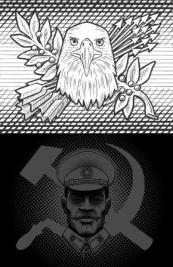 In the last century two ideological schools dominated the intellectual landscape and served as a framework for social and economic organizations- one was communism and the other one was capitalism. While the first aimed at equality through a classless society, the other promised freedom, free market and free trade. By the end of 20th century, communism had failed politically. Now is the era, when the world is witnessing capitalism going terribly wrong. Under such conditions, I wonder if communism the only alternative to capitalism? END_OF_DOCUMENT_TOKEN_TO_BE_REPLACED